An original send-up by Athena Grayson (with apologies to Clement C. Moore, Coca-Cola, and astrophysics) 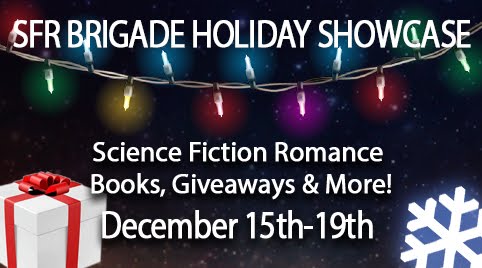 ‘Twas the night before Christmas, all through the space station
Not a creature was resting, or taking vacation.
The techs shifted cargo from shuttle to ship
While inspectors checked mass outside gravity’s grip.
The launch window opened, the countdown proceeded
For the vessel undocking, bringing Mars what it needed.
When outside the station, in the vacuum of night
There appeared a great beacon of unexplained light!
The station chief hollered for the science mechanic
To explain this anomaly before inciting a panic.
The mechanic had studied astronomy and physics
But it’s quantum mechanics whose laws bind St. Nicks.
“There’s no way that a sleigh pulled by reindeer could travel
through a vacuum ‘tween planets without time-space unravel!”
But as she stared out the viewport, biting her lip
That sleigh warped a bubble around the Mars ship.
“The physics are certain, if that ship escapes
We’ll be knocked out of orbit unless it’s replaced!”
The chief and mechanic held hands out of fright
As the sleigh warped away with the ship in the night!
But the shockwave of matter’s abrupt subtraction
Only left in its wake their mutual attraction.
“Holy ****, a parcel!” said the tech with a bleep
The station chief winced. Please let me be asleep.
Let this be a dream, let my mind be a-wander
Let that sound be my nightmares, and not the station transponder.
But the Earth spun below, in its blue and green beauty,
And the mechanic next to him was kind of a cutie.
The tech brought in the box, it measured very dense
The chief, mechanic, and scientist couldn’t make it make sense.
The scientist pulled his scanner, took some readings, and said, “Whoa!”
“This box replaced the mass of the entire Mars cargo!”
The mechanic gasped. “What could replace the mass of all our cargo bays?”
“There’s just one thing,” the scientist said. “Fruitcake for the holidays!” 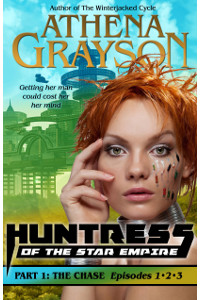 You can get 40% off The Chase and tons of other books at Kobo for this week! Apply the code 40DEC at checkout!