One of the most enjoyable things I get to do when writing sci-fi and fantasy settings is to create the kind of spaces I’d love to visit. Even the places with, ahem, challenging environments, are still fascinating to me if only to understand how they got there.

Varuna is not one of those “challenging” environments, however. Officially known as Iolia 16, it’s the 16th moon of the gas giant Iolia. Iolia is considered “remote” to the Capitol worlds and inner planets of the Jewel system because the orbit’s jumpgate has few destinations, which makes it harder and longer to get there from the core worlds but makes it very attractive to people who don’t want to be within easy reach of the long arm of the law.

House D’Arno, of the old Star Empire traditionally kept an estate in the Iolian system, but the bustling moons are home to many more folk who consider themselves “tariff bypass facilitators” (ahem, pirates) and the like. Among the rogues’s moons and scoundrels’ hideouts, Varuna stands as a somewhat respectable vacation destination, if one overlooks the presence of the Restoration, stirring up rebellion against the Union’s ever-growing oppression.

But what a place to foment unrest–most of Varuna’s continental landmasses are covered in a shallow sea anywhere from 1-2 meters deep, dotted with archipelagos from the high grounds. Fresh water comes from springs on the island chains. Deeper oceans exist between the continental shelves, and the land above the water is reserved for food production.

The people of Varuna–visitors and residents alike–live in settlements of linked domiciles constructed in the shallow waters on stabilizers not unlike something you’d find in the Maldives. The surface living quarters are simple, consisting of movable walls, thatched roofs, and light, easily-renewable construction materials. Below the waterline are more secure and sturdy living spaces, suitable for sheltering in hurricane season. But the warm, shallow seas, the ocean breezes, the heat from the primary and the gas giant make Varuna an ocean getaway worth the trip.

By far, though, the most stunning thing about Varuna is the daily eclipse it experiences as the gas giant transits the primary star. The locals call it the “little night” and between the eclipse and the amazing view of the Jovian and the other moons, Varuna’s sky is a sight to behold.

Only her enemy can set her mind free!

When Micah’s incarceration brings him face to face with the head of the Union itself, he discovers a devastating weakness in the Union’s stranglehold on the star system…and a shocking truth about his people.

Now a fugitive from the Union she so loyally served, Treska is forced into an uneasy alliance with the Restoration. As the lies holding the Union together at the top begin to unravel, so do the thin threads maintaining Treska’s false identity.

With her world shattered and her identity in crisis, Treska’s only ally is the man whose mental powers terrify her. It’s going to take all of Micah’s mental talents to set her free, but her fear of his gifts may make Treska a prisoner of her own mind. 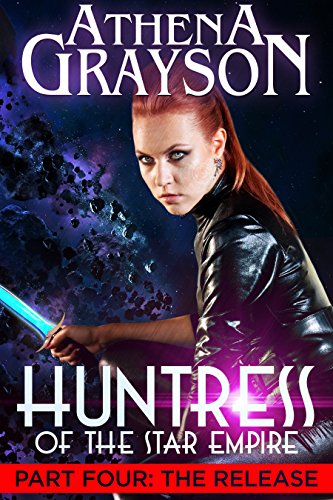