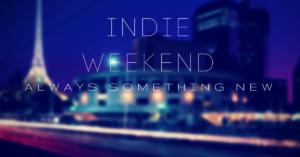 One of the most fun things I get to do as an Indie is follow my nose down whatever rabbit-hole it may take me. Caveat scriptor: doing so is probably going to lead you away from the stuff that makes you money or makes this a viable career choice, but part of my bargain with my Girls In The Basement is that I let them out to play as much as I can, so that they will work when I need them to.

Back when I started working on the draft of “Huntress,” I started it as part of a very sprawling universe with a multitude of stories to tell. One thing that kept me going was a parallel storyline involving different characters. Because I can’t walk a straight line, I would skip over to these characters and continue their story if I needed a break from Treska and Micah. Only years later did I see the real way the two stories will fit together.

In the Torch system, the citizens of the planet of Landfall and its satellites are governed by the ruling families, whose emphasis on genetic purity have kept them free from “Drift”–and kept them in charge–as far back as recorded history goes. The children of these families–the Scions–can get anything that money and privilege can buy…except a future.

Princess Ione is the most spoiled of the rotten, and at the Academy where she and her contemporaries learn the skills they need to one day run the star system, one of their first lessons is that their privilege comes with a price. Their social capital depends on both what they know, and who they know. The right friends are the difference between influence and obscurity. Ione plays fast and loose with her reputation via the probabilities exchange, manipulating her social ranking for short-term gain, while long-term independence seems further away with every passing day. When a gossip journalist catches her in a compromising position with her boyfriend, the chase to retrieve the embarrassing holo-feeds takes them out of their gilded cage and on a journey to the depths of the planet beneath their strato-scraper homes, to the lies shoring up the crumbling foundations of their society itself.

I’m still in the early stages, where my draft is teaching me how to write the story (leave a comment if you want me to talk about my writing process – I tend to leave that up to other writers because most readers don’t care how the story gets written, only that it does), but wow–are things ever happening in this story! I’m taking risks and stretching my craft, and that feeling is one of the big reasons I’m a writer. If you want to tag along for the ride, you can do so by subscribing to my newsletter in the box below. Snippets and updates get shared there first. 🙂